Prizren Castle contains and illustrates important parts of the ancient history of the Prizren, the second largest city of Kosovo, situated in the South of the country, not far from the borders with Albania and Macedonia. Its topographic position, its domination over the city, a rather attractive natural landscape, and the well-thought architectural configuration render the site rather valuable in terms of archaeology, history and tourism. The castle is located in the Eastern part of the city, over a conical-shaped hill. Fortifying walls pursue the relief lines, in an almost egg-shaped foundation, with an extension towards North-South.

Written sources do not provide much about the Prizren Castle. The oldest known source derives from the Byzantine chronicler Procopus of Cesaraea. In his work “De Aedificiis” (“On construction”) he mentions Petrizen Castle, meaning the today’s Prizren Castle, amongst forts renovated in Dardania for the first time.

In the frame of a thorough study of Prizren Castle in 1969 archaeological and architectural surveys have been carried out. During the research traces dating from 16th to 19th centuries were found. Continued archaeological works in 2004 and 2009/2011 found a prehistoric settlement of the Bronze Era and the Early Iron Era - the first approved settlement in this region. Furthermore, these researches provided for the first time architectural traces and materials dating from the Roman Era and Late Antiquity at Prizren Castle.

During the Ottoman Empire the castle was expanded with fortified walls and fencings and enriched with other facilities, such as a Hamam, a mosque and military facilities. The last renovation of Prizren Castle was made in the third decade of the 19th century by the aristocratic family of Rrotllaj. Prizren Fort had its primary function until 1912. From that time the site was left unattained, thereby allowing its degradation. During the years 2008 – 2010 first restoration and conservation works were realised to prevent the degradation the heritage site, the works are currently ongoing.

With its dominating position Prizren Castle represents one of the most important monuments in Prizren. Apart from its historical, architectural and scientific values this site is of major economic relevance in terms of cultural tourism. Starting from 2010, as part of the International Documentary Film Festival “Dokufest” an open cinema was built in the castle’s gate enriching the castle’s functions with important cultural activities.

The project “Archaeological Research at Prizren Castle” was one of the first heritage volunteering projects in Kosovo at all.

Prizren Castle had been selected as place for a heritage volunteering project because of its historical and heritage-linked importance, but also, because it is a remarkable example of local and regional coexistence and cultural diversity.

The activities of the volunteers focused on Prizren Fortress and its direct surroundings. Within the fortress the national and international participants cleared and consolidated areas being excavated by the Archaeological Institute of Kosovo. Under the professional guidance of the staff of the Archaeological Institute they learned the basics of archaeological excavations: First they had been given an overview about all steps of an archaeological research including preparation, measurement, excavation itself, documentation, cleaning and cataloguing of the findings, and after that they had the opportunity to carry out all these steps by themselves.

In addition to the volunteer work the participants attended various lectures and presentations on cultural heritage in general and Kosovo heritage in particular. During excursions there was the opportunity to visit some of the most important cultural and natural heritage sites of Kosovo – the archeological sites of Ulpina and Dresnik, various fortresses, the Patriarchate of Peja, Kosovo Museum, Ethnological Museum, Novo Brdo Castle and Rugova Canyon.

In the frame of a public event every participant – coming from ten different countries and from Kosovo itself – presented an example of cultural or natural heritage of his country of origin.

The project has been organized by the Organization for Revitalization of Cultural Heritage in Kosovo, the Archaeological Institute of Kosovo and the Municipality of Prizren, in partnership with European Heritage Volunteers. 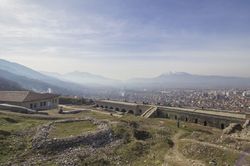 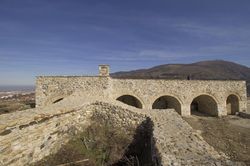 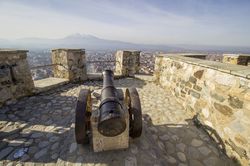 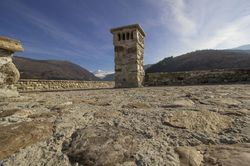