Located in the Western Ore Mountains, the Schneeberg Mining Landscape is one of the seventeen Saxon component parts of the World Heritage nomination Erzgebirge/Krušnohoří Mining Region.

Located in the valley of the river Zwickauer Mulde, the closely associated Schindlers Werk Smalt Works is a rare example of an extraordinary well-preserved processing site and colony for cobalt blue production of the 17th to 19th centuries with all production facilities as well as social and administrative infrastructure.

In the 19th century, the mine Fundgrube Wolfgang Maßen was one of the most important cobalt mines in Saxony and had achieved a leading position in the Schneeberg mining area. This created the prerequisite for some exceptional technical installations which by the beginning of the 19th century led to the construction of a major ore dressing work on the mining site. Of the mine complex, the stamp mill building and a few surface mine buildings, such as the administration and assembly building (Huthaus), the foreman’s house (Steigerhaus), the mine forge and remains of the hoisting house and power house have been preserved. The preserved underground stamp wheelhouse (Pochradstube) is accessible.

Restoration works are on-going at the stamp mill of the mine including the underground stamp wheel house since 2004. A miners’ association is responsible for the care and maintenance of the mill. All other buildings of the ensemble are used for residential purposes.

Founded by Erasmus Schindler (1608-1673), the Schindlers Werk bears testimony to the blue dye sector of the Ore Mountains which was one of the most important production pillars of mining in the Ore Mountains and enjoyed a long period of domination in Europe. It is the last and outstanding well-preserved smalt works of the Ore Mountains, which produced the famous cobalt blue dye from 1649 to the middle of the 19th century and from then until today ultramarine pigment. The structure of a typical blue dye factory, grouped around an inner courtyard and a manor house, is largely preserved. It includes all production, administrative, residential and agricultural buildings from the 17th to the 20th century. The works are one of the most expressive monuments of the European blue dye industry.

Some of the buildings are exposed to short or medium-term risks. A first program for the preservation and reconstruction of the static structures and the roofs is initiated. The Federal State of Saxony supports the securing measures financially. In August 2017, a mining association was founded to support maintenance work and develop a sustainable concept for the reuse of the whole area.

The volunteers supported the preservation and restoration of both heritage objects – Fundgrube Wolfgang Maßen and Schindlers Werk. The works on both sites went parallel, and the volunteers were able during the project duration to alternate between the two working groups.

At Fundgrube Wolfgang Maßen the volunteers worked as well in the underground as in the wheelhouse and its surroundings. They supported the driving of an underground tunnel in the area Fundgrube Wolfgang Maßen / Griefnerstolln, surveyed and documented underground works in the area and excavated the so-called "Mehlführung" from 1863. “Mehlführung” was a kind of dressing resp. processing site and the next step in the classification of the sludge after the wet stamping process.

In the frame of the educational part various guided tours, excursions and lectures have been organised so that the volunteers could gain a comprehensive and detailed inside view into the historic Ore Mountains Mining Region and in particular in the Schneeberg Mining Landscape, its potentials and the challenges to rescue, conserve and revitalise it.

The project was part of European Heritage Volunteers’ overall project “Best practice models of volunteering for European Cultural Heritage” that had been selected by the German National Committee for Heritage Protection, the responsible body for the “European Year of Cultural Heritage” in Germany, as one of only few “projects of all-state relevance”.

The project has been organised by European Heritage Volunteers, in cooperation with Technische Universität Bergakademie Freiberg, Institute for Industrial Archaeology and History of Science and Technology, and the Saxon World Heritage Coordination, and supported by the associations  Förderverein Montanregion Erzgebirge e. V. and Welterbeverein Montanregion Erzgebirge e. V.. The works at Fundgrube Wolfgang Maßen have been led by Bergbauverein Schneeberg e.V. (Association Schneeberg), the works at Schindlers Werk by Förderverein Schindlers Werk e.V. (Schindler's Work Association). 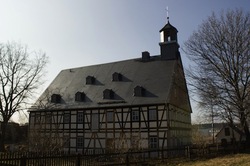 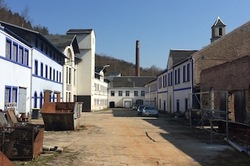 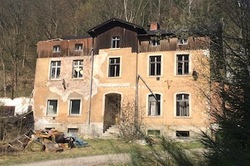 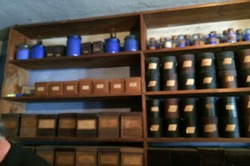