Vayots Dzor is considered the gateway into southern Armenia, and it is one of the most scenic and historically interesting regions of this enigmatic country. The region is centered on the watershed of the Arpa River, carving its way through a rugged landscape. Mountainous and sparsely populated, Vayots Dzor – by popular etymology “the Gorge of Woes” – is crowded with medieval monasteries, forts, and ancient historical architectural relics. The region flourished most mightily in the 13th and 14th centuries, when a series of gifted and pious local rulers managed to coexist with the Mongols and other passing empires. These pious rulers made homage to their faith and often sponsored the construction of several monasteries and religious sites all over the land. It is these monuments which now make Vayots Dzor one of the most interesting places to discover Armenia’s wealth in religious cultural heritage.

Shativank is one of the fortified monasteries located in the region of Vayots Dzor Province. It is considered by its origin to be one of the oldest monasteries of the region. The monastery is situated four kilometres to the east of the village Shatin, on the right side of the gorge of the same name. The site is surrounded by magnificent natural scenery of mountains characteristic for the whole Vayots Dzor Province.

Shativank monastery was built by order of the princes Smbat and Sahak of Syunik and Lady Sophia in 929. The ensemble consisted of a church and residential buildings for the monks. Many of the current elements of the monastery ensemble still belong to this first stage of the construction.

The church was consecrated to St. Sion and was later, from 1654 till 1656, by the initiative of rich merchants of the region significantly changed and extended. Most parts of the current church, an upright basilica, therefore date to the middle of the 17th century. However, many cross stones and other details are also preserved from the earlier period of the church. Later the vestry and the south entrance hall were added.

The ensemble is surrounded by imposing, huge walls in a rectangular plan, with some pyramidal structures added to it. On the lower side, impressive defensive structures are located which are adapted to the terrain and provide protection towards the road which makes the monastery accessible from the valley.

Excavation and exploration of the monastery grounds revealed a lot of precious information about the lives and the industries of the monks engaged in from the 15th to the 17th centuries. The research revealed information about the practice of iron smelting, the creation of polished pottery, the production of crystal and glass and even a heating system. Drinking water was brought to the church with the help of clay pipes from a distance of three kilometres away.

During its existence Shativank monastery housed a large population of monks. There is an inscription on the Tsatour Bridge that illustrates this fact. The bridge was built in 1666 on the way to Shativank and in the inscription it is mentioned that at the time there were ninety monks living in the monastery.

The whole monastery complex is currently highly endangered. The defensive system lies in a ruinous state and is partly already totally collapsed. The surrounding walls are critically endangered, too, the more since in 2019 a relevant part of the more than six meters high wall crashed, and thus the stability of the whole wall system is not given any more. Arcs of the church’s entrance hall are in urgent danger to collapse, too. The roof of the church is covered by stone plates which have been partially moved resp. are broken so that raining water can ingress and will endanger the stability of the vaults soon.

In order to avoid the total loose of this ensemble of immense cultural and historical value urgent interventions are needed.

The European Heritage Training Course is planned to be a first step to rescue the heritage site.

During the Training Course an architectural survey of the building and its direct surroundings in accordance to the heritage conservation standards will be carried out and their current state recorded in detail. The preliminary study will include following aspects: general description of the building and its placing, historic description, metrical survey, study of materials and constructive techniques, architectural stratigraphic studies, study of the degradation phenomena and mechanisms, study of the possible structural problems.

The Training Course will be lead by heritage professionals from European Heritage Volunteers and conservator architects from the School of Architecture of Polytechnic University of València / Spain, with extensive experience in preliminary study processes and methodologies.

The documentation as the final result of the European Heritage Training Course shall serve as a base for the future conservation project and the measures that have to be undertaken to rescue Shativank monastery.

The Training Course is jointly organised by European Heritage Volunteers and the Service for the Protection of Historical Environment and Cultural Museum-Reserves of the Republic of Armenia, in collaboration with the Polytechnic University of València. 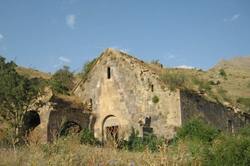 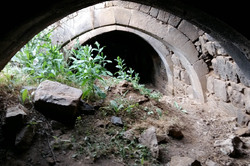